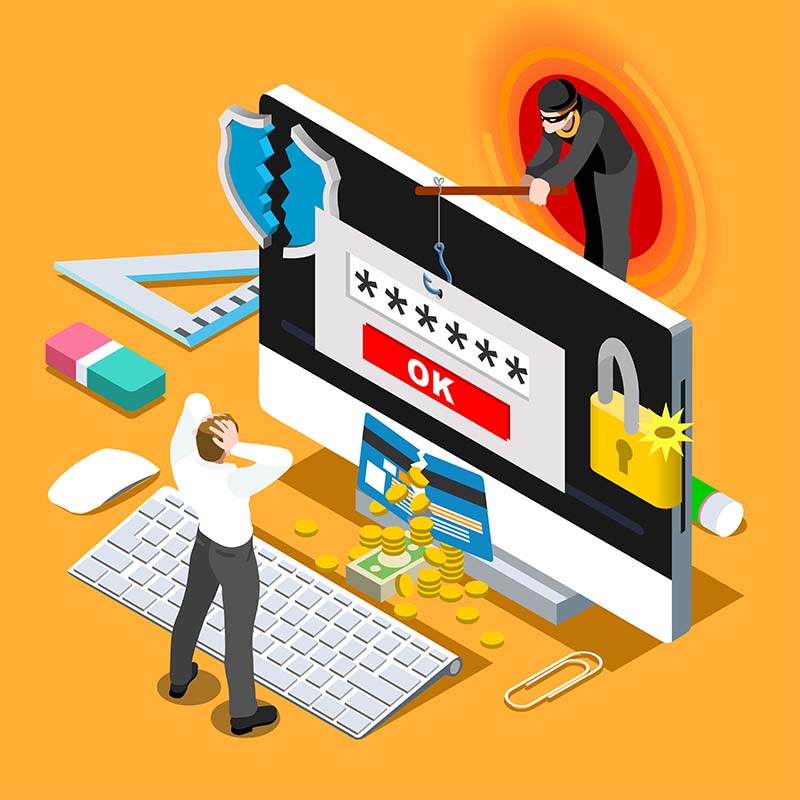 1. What is an attack vector?

In IT security, an attack vector is a way or technique that an attacker uses to exploit a security vulnerability to attack a computer system or software component.

It is often necessary to exploit several attack vectors in succession or even simultaneously so that an attacker can achieve the desired goal. 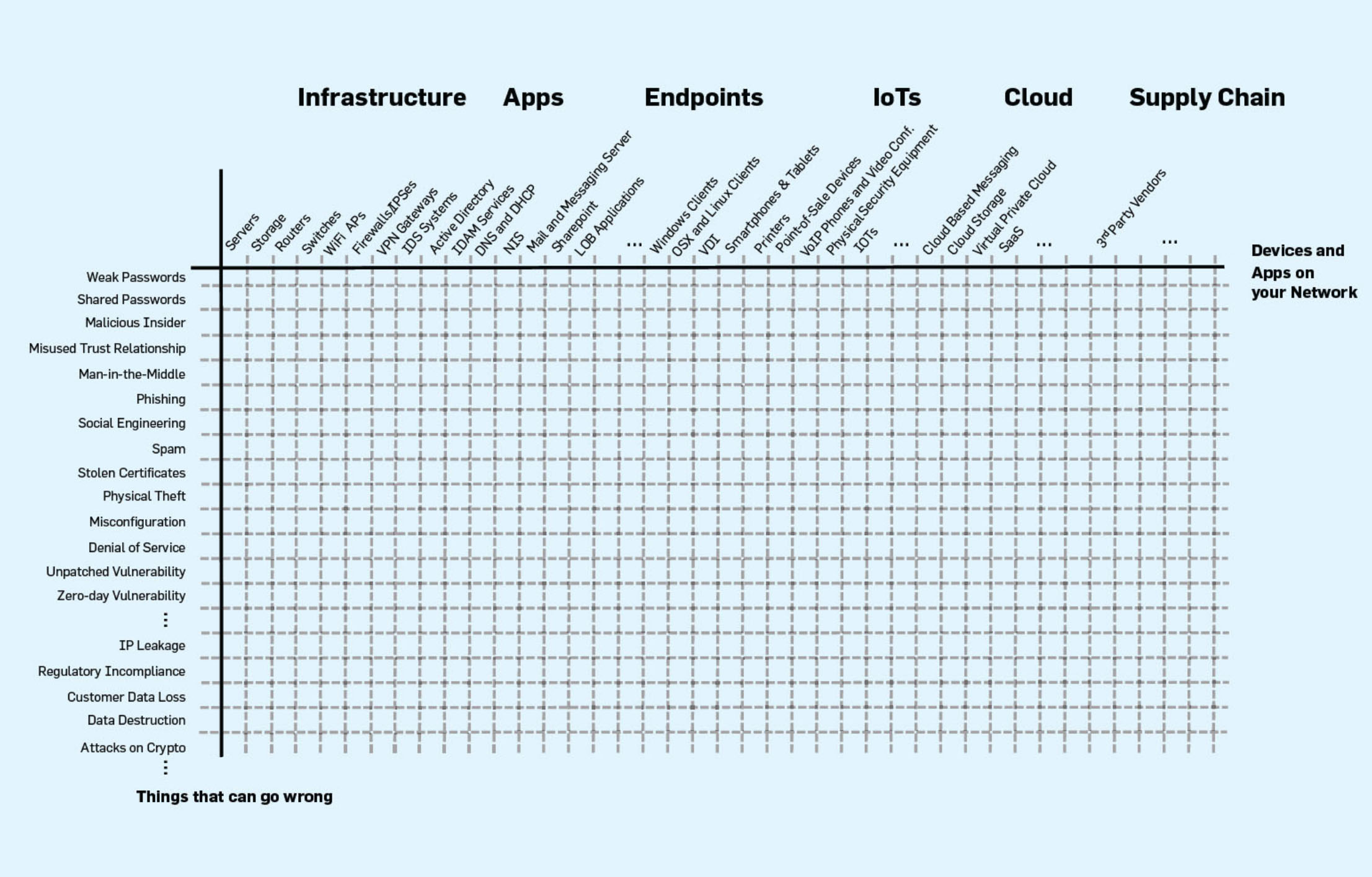 Example: to steal data, an attacker can exploit the following attack vectors in sequence:

2. How are attack vectors exploited?

The basic procedure for exploiting attack vectors is often as follows:

In the reverse - i.e. to protect attack vectors from being exploited - policies and processes must be put in place. This is to effectively prevent attackers, malicious hackers and criminals from finding information about attack vectors and exploiting them.

3. What is the role of attack vectors and the attack surface?

Depending on the goal an attacker wants to achieve, the examination of the attack surface plays a crucial role.

For a server that is not accessible from the internet, the attack surface is completely different from that of a public web server Also, the choice of means often differs depending on the attack target and the possible attack vectors as well as their evaluation with regard to the chances of success, the effort as well as the risk of being discovered.

Cybercriminals earn money by illegally attacking IT systems or the software services running on them in order to steal banking information, personal data, customer lists and company secrets. The targets are often corporate IT systems, such as employees' desktops. Attack vectors regularly include social engineering activities such as phishing.

However, some cybercriminals have developed other, more sophisticated, methods to monetise their attacks, such as compromising hundreds of thousands of IT systems to build a botnet to send spam, conduct covert cyberattacks, mine cryptocurrencies, or simply rent the botnet to other criminals for their purposes. With the large mass of IT systems, attack vectors that can be highly automated are interesting, such as scanning the internet for IoT devices with weak security configurations like default passwords that have not been changed. For example, the Mirai botnet has spread through IoT devices and default passwords accessible from the internet.

Username and password remain the most commonly used credentials. Compromised refers to these when they have become accessible to unauthorised persons. Phishing is a social engineering technique where an email/SMS/message has been sent to a person asking them to enter their login details on a fake website. The fake website then transmits the stolen access data to the attacker. Depending on the amount of preparation and "realism", this approach is unfortunately still quite effective today.

A very effective countermeasure to this attack vector is the use of two-factor authentication (2FA) for logins.

Recent malware attacks such as Mirai (use of default passwords via SSH on IoT devices) illustrate this threat.

Countermeasures include sensible hardening rules. Penetration testing can also help in checking for such attack vectors.

If an IT system, network device or application has an unpatched vulnerability, an attacker can exploit this to gain unauthorised access.

Since true zero-day attacks are very rare, an effective countermeasure is to apply all software patches and updates promptly.

Malicious or disgruntled employees can use their privileges to connect into networks and systems to obtain sensitive information such as customer lists (PII) and intellectual property (IP).

Countermeasures here are admittedly not that easy. However, implementing the "need-to-know" principle for granting access rights helps here because it ensures that each employee really only has access to the information that is necessary for the current activities. In this respect, at least the damage can be limited in such cases. In principle, UBA (User Behaviour Analytics) could also help to identify such cases, but in practice a clean implementation is quite challenging.

In DDoS attacks, victims are flooded with fake requests, rendering their IT system or network unusable. As a result, the services available there are no longer available to the legitimate recipients. These types of attacks often target the web servers of financial, commercial and government organisations.

The most important DDoS countermeasures are the use of a bandwidth-strong cloud provider that pre-filters the network traffic ("scrubbing centre"), the use of regionally distributed data centres and also own filtering measures, for example via a web application firewall (WAF).

In targeted attacks, attackers often use physical threat vectors to bypass strong digital controls. Since criminals count on IT security professionals to have invested the most effort in the cyber domain, targeted attacks often like to switch to bypassing physical security barriers such as doors/windows. This also includes social engineering techniques, for example, to fool the security team at the entrance gate into thinking they are a service employee or tradesman. Or an attacker may pose as a new employee and rely on a real employee to politely hold the door open for them as they enter the company building together.

5. How do I reduce the risk of attack vectors being exploited?

Criminals use a wide range of methods to penetrate corporate IT systems. Clearly, these methods are constantly evolving. The job of IT security and operations teams is to implement policies, tools and techniques that most effectively protect against these attacks. The following list is intended to highlight some effective protection mechanisms in this regard: 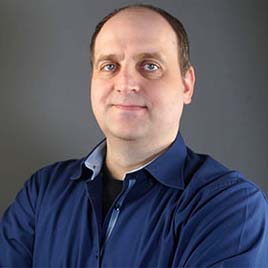 Authentication and authorization are two words used in IT-Security. They might sound similar but are completely different from each other.... 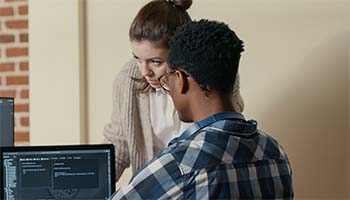