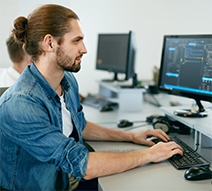 As a pentester and ethical hacker, we emulate attacks on corporate IT using the same tools and methods that criminal organizations use every day in Siegen, Germany, Europe and worldwide.

How do I prepare for a pentest?

This can vary - depending on the type of pentest. However, the following points are often part of the scope or the mutually reached agreement:

Cloud providers such as AWS, Azure, and Google have provided blanket consent forms for certain areas, but this may vary by provider. In principle, one must be available if the systems to be tested are not on your own infrastructure. It is often useful to involve the system managers concerned in the planning process at an early stage so that the "pentest" is not perceived as an attack but as a potential analysis for improving IT security. To be honest, we are not interested in showing that we can hack a company, but to uncover potential for improvement in the IT landscape in a collaborative working atmosphere, deriving and prioritizing measures and improving IT security as effectively and efficiently as possible.